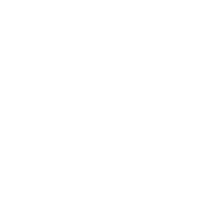 The Scuola Zoo portal had, as its objective, the increase in targeted traffic linked to precise search intents.

In order to achieve this goal, Natural Index launched an in-depth analysis to isolate the themes developed by the portal and to identify the clusters of keywords already controlled and those that still had to be effectively targeted. The competitors were then analysed in order to accurately measure the positioning gap on some specific and interesting topics.

Once the keywords that had to be strengthened and the new ones were isolated (in cases where their complete absence was identified), the entire asset of articles was fully optimised. At the same time, the technical analysis was able to identify thousands of harmful backlinks, meaning links to Scuola Zoo coming from sites having poor value for Google, thus causing a significant disadvantage. The specific Google tool, Disavow, was used to neutralise these backlinks.

After the work was completed, the Scuola Zoo portal showed an overall traffic growth of around 30%: a result higher than the expected target.